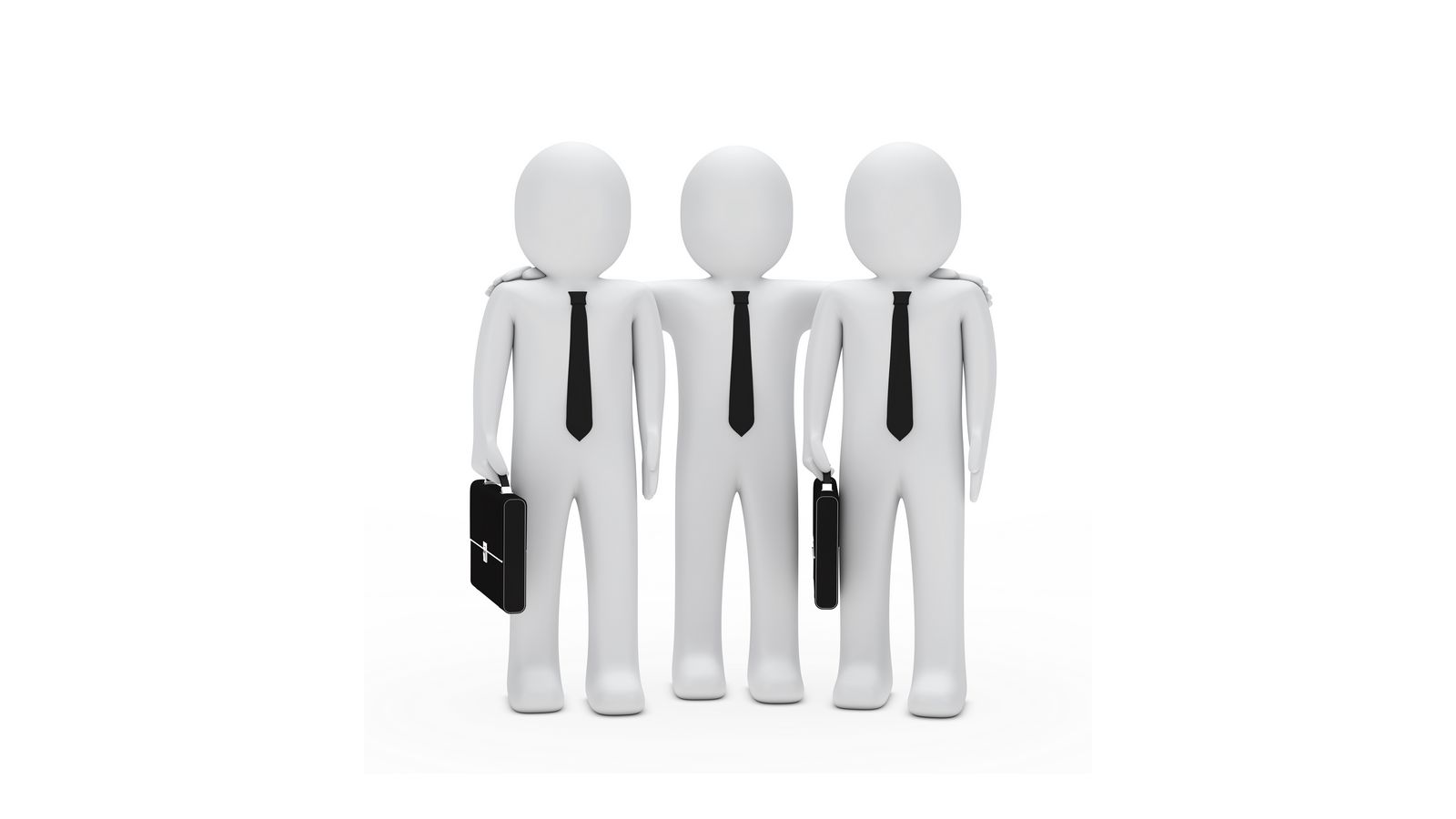 Top 10 Reasons to Use 3D Humanoid Vectors Instead of Photographs

Over the last few years, I have seen 3D humanoid vectors being increasingly used in eLearning courses. While I initially thought they were unrealistic, like cartoons, and hence immature and unprofessional, I have now started including them on a regular basis in my storyboards.

So what did it take to convert me?

Let’s take a look at the main advantages of this type of visual.

With the growing equality between the men and women performing most of the jobs available today, there is a need to maintain the same equality in their representation within the courses we create. Using gender neutral visuals helps achieve this. It also helps focus attention on the content, rather than on specific individuals.

Unlike the Vodafone ‘ZooZoo’ advertisements that had the females wearing bows in their hair, most of the 3D humanoid graphics on popular stock photo websites (like Shutterstock, Thinkstock, and Istock) do not represent a particular sex. Agreed, some of the figures have curves that may make them look female, but, in general, they are just of a generic human shape.

The frustration of finding an appropriate visual is nothing new to those of us who have worked with clients who either want people of all races in their visuals (in order to avoid discrimination issues) or want people from their part of the world (in order to better relate to their audience). Since stock photo websites feature mostly Caucasian people, these requirements are often difficult to fulfill.

There have been times when I was unable to think of a suitable visual to depict a piece of content, but when I put in the content’s central theme as the keyword, I found a 3D vector graphic that depicted it perfectly.

The artists who create these graphics are quite good at representing abstract concepts. Sometimes, the depictions are not very realistic, but then, neither are the vector people themselves, so the overall image does not look odd. On the other hand, if you took some real people and put them in similar poses/situations, you just might land up with an image that does look odd.

Anyone who has searched for and used 3D humanoid vectors in their courses will know that there are quite a few artists creating and contributing these graphics, and consequently, there is a large pool of such graphics available to choose from. As an instructional designer, you will be literally spoiled for choice as you browse through page after page of search results.

A point to be noted: If you are creating a highly technical course, say on mining or deep sea diving, you are unlikely to find sufficient relevant graphics, or for that matter, even photographs, of people in specific situations/environments and using specific equipment/performing specific actions. If you choose to use photographs, you can arrange for a staged photo shoot to obtain the visuals you need, while if you choose to go with 3D vector graphics, you can get a graphic artist to create them. The cost and probable difficulties to be faced with each option should be considered before you make the appropriate choice for your project.

Another advantage is the fact that each artist usually creates an entire album of graphics using the same style. This makes it easy to find a series of visuals with the same character for use in a scenario. Even if a particular artist’s album does not contain all the visuals you require for a scenario, the neutrality and generic nature of these graphics makes it possible for you to find a similar looking character created by another artist.

One thing to keep in mind: While all the characters are humanoid, there are some differences in each artist’s style. For example, the hands. Some of the characters have five fingers on each hand, while others have mitten-like hands. So take care to ensure that all instances of a character in a scenario have the same features.

There are a number of websites that offer large character packs that could be used for scenarios. However, since the images in these packs are photographs, they are difficult to tailor and edit according to the specific needs of the scenario. Also, each pack is usually limited to a particular setting, like a hospital or an office. This is not of much use when it comes to scenarios where we need to show the person at work as well as at home.

I’m sure all of us have found the perfect visual for a particular piece of content… if only there was one more person included, or if only the globe was a folder, etc.

Editing photographs might require quite a bit of effort using Photoshop, but editing these 3D vector graphics is simple and easy. Whether you need to add or remove a person, or whether you want to change a particular object, it’s possible in a few minutes.

This, again, is about editing. But I’ve given it a special mention because colors can be used for a variety of purposes. You can change the colors of objects to signify particular aspects, or change the color of people to signify different groups (when multiple people are of each color) or to signify a leader (when a single person is of a different color).

You can also play with colors to depict different emotions, for example, you can use red to show that a person is angry or aggressive. Imagine doing the same thing with a photograph… having a red man or a green woman would make the photograph seem like a scene from some sci-fi movie!

Most of these graphics have a white background, but the clean design of the people and objects allows them to be easily cut out and placed on a different background to provide a context. In comparison, cutting out people from photographs is much more difficult, especially when it comes to parts like their hair and clothes.

Of course, we do have photographs with a white background, but, if they are in .jpg format, they would still need to be cut out before they can be placed on a different background.

I’ve spent hours searching for photographs for certain pieces of content because, even though the characters and their poses are appropriate, their expressions are not. A picture of a patient struggling through physical therapy but bearing a beautiful smile seems unrealistic, while a picture of two office workers fighting with their lips drawn back and their eyes popping out of their heads seems exaggerated.

With the 3D vector graphics, expressions do not pose a problem because, quite simply, they do not have any. Their positions and actions are enough to convey the meaning.

I’ve seen courses where, for lack of a relevant image, the designer inserted one of a person smiling at the camera and doing nothing else (what we like to call a ‘pretty picture’). Such images do not add value, but, even worse, can actually irritate the learner.

The vector graphics are cute and, at times, even funny. Their humor can be used to make dry, boring courses seem less dull or to drive home an important point.

Aside from 3D humanoid vector graphics, there are a number of other types of graphics, for example, silhouettes, bean men, and stick figures, that can be used instead of photographs. Each of these types will have their own pros and cons, but I’ll leave those for another post.

The Bottom Line: 3D humanoid vectors are ideal for a number of reasons, the main ones being that they are generic, available in a wide variety, and easy to edit.

If you have used these graphics in your courses, feel free to drop me a line regarding the advantages and disadvantages you encountered. I would love to hear about your experiences.